The event, which was due to be held in 2021 but was postponed due to COVID-19, will take place on 19 October 2022 at the Globe of Science and Innovation. 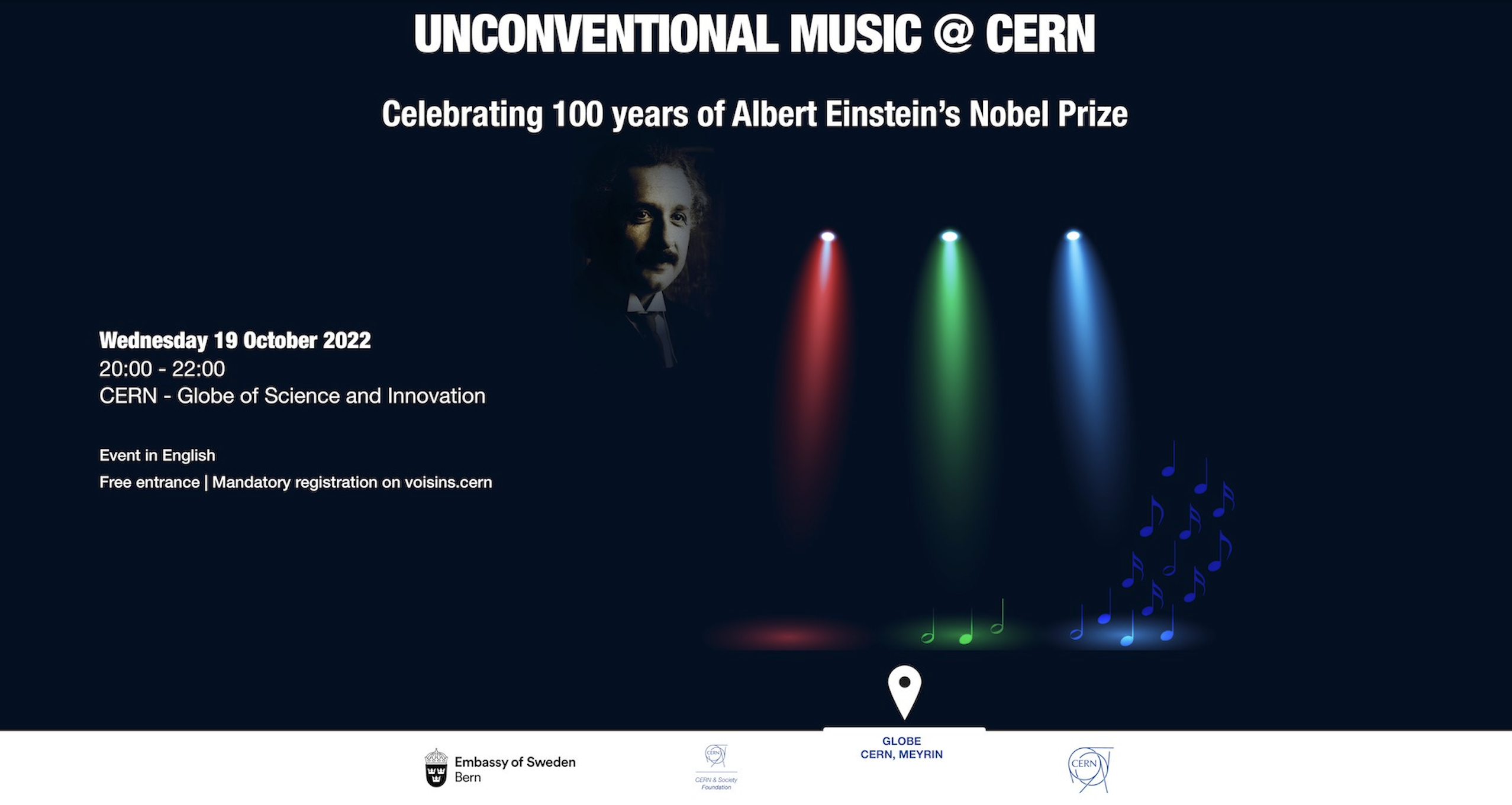 In December 1921, Albert Einstein was awarded a Nobel Prize in honour of his contributions to theoretical physics and his discovery of the law of the photoelectric effect. He received it in 1922.  A hundred years on, Einstein is considered as the father of modern physics, but he was also an accomplished violinist who loved music.

“If I were not a physicist, I would probably be a musician. I often think in music. I live my daydreams in music. I see my life in terms of music... I get most joy in life out of music.” - Albert Einstein

At the time Einstein received the Nobel Prize, a Russian engineer, Lev Termen, was laying the foundations of modern electronic music with his invention, the theremin. Curious to find out more about this instrument, Einstein attended various concerts and even tried to play it.

To celebrate the anniversary of Albert Einstein’s Nobel Prize, CERN, in collaboration with the Swedish Embassy in Switzerland, will host an unconventional music concert at the Globe of Science and Innovation at 8.00 p.m. on Wednesday ,19 October 2022.

The event will comprise an unconventional music concert in which a Swiss artist (Roland Bucher) featuring a noise table, and a Swedish artist (Henrik Rylander), featuring a theremin, will enter in musical conversations with CERN scientists and musicians Paula Collins, Angela Ricci, Anne Marie Magnan, Patrick Robbe and Chiara Mariotti.

Music performances will be preceded by Lectures on Einstein by Professor Brian Foster (Oxford University) and on the sonification of LHC data  by Professor Domenico Vicinanza (GEANT and Anglia Ruskin University).

Come and celebrate Einstein’s life, music and science in a unique and unconventional event!

CERN, CHUV and THERYQ join forces for a wor...

Science Gateway: the first trees for the fo...

The second edition of Sparks!, the Serendip...